Two Eyes are Better Than None 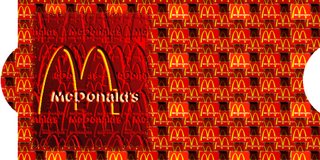 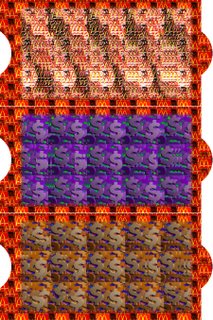 1995-October - 1996-March: Single Image Stereogram
A strange project using the same technology as the evil "Magic Eye" images that plagues the malls of the world in the mid '90s. The ideas were all over the place. One was to make a game piece for McDonald's, another was a device to make seeing the images easier. Yet another was a cube that when looked at right would have a single image stereogram image appear across several faces. I really didn't understand the project, I simply created the images and tried to figure out how to make a simple viewer. At this point I had not yet met Douglas Goodman, although I did know of the larger project that Marty was working on with Douglas and several other ArtCenter students and graduates. Soon enough I would be there as well.
Where is this project now? Nowhere. My eyes are aching from trying to figure out what secrets these old images contain.
Posted by Greg Mote at 18:13 1 comment:

1995-September - October: Diaper Closure
This was a fun and fast project, again brought to me by Marty Smith. Although this time he did not simply hand it off for me to work directly with the client.
The entire project was to come up with some new ways to close a diaper. There were several designers who came up with ideas, including me. Marty then edited them down and presented them to Avery-Dennison. My favorite worked like the finger traps; silly, but fun.
I never heard if anything came of the work. But then I don't spend any time around diapers, other than glancing at the aisle at the grocery store and seeing that I don't need to go down that one.
Sorry, no picture...yet.
Posted by Greg Mote at 18:04 No comments:

What was I thinking? 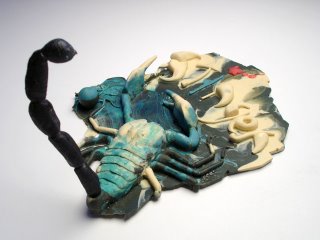 1996-January - March: Stinger
I can't recall how, but Carlton Calvin, a local guy who was selling keychains with scorpions in them contacted me about designing a display for the key chains.
From the start I knew the budget was small so I tried to come up with something simple. I made a bunch of scorpions, spiders and beetles out of sculpy. The several scorpions had large tails to hang the keychains from. Everything was mounted on a large background shape and base with more sculpy for the logo. Then I made two huge silicone molds plus a small one for the tails.
It sort of worked, but not well. After many experiments, I finally cast one entire set of parts and handed everything over to the guy. It took many weeks of work and I was only paid 75$ + materials. He wanted me to work on it more to make the thing easier to assemble and complained that the resin smelled very bad. I was not interested in working on it any further.
Did I learn anything from his project? Stay tuned to find out.
Posted by Greg Mote at 15:25 No comments:

Email ThisBlogThis!Share to TwitterShare to FacebookShare to Pinterest
Labels: stinger 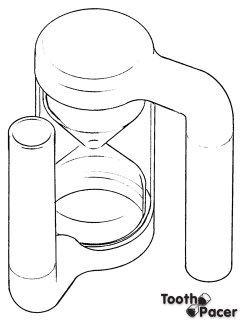 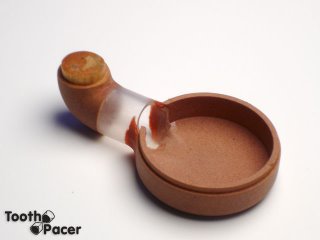 I made some sketches of various ideas. Then a bunch of clay models to get a sense of scale and proportion. I finished up with several prototypes with hand sculpted parts and a custom blown hourglass. I molded a bunch of parts in various colors. It turned out quite nice, too bad I never took any photos of the finished product.
Posted by Greg Mote at 14:05 No comments:

The beginning of the End 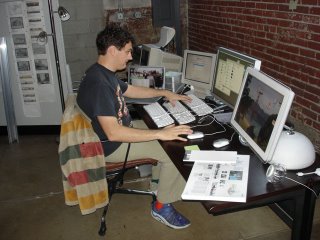 After 3 entries in my main blog, I realized that what I should be blogging is what I work on. So this blog will contain all the projects I have worked on over the years. I will start from the beginning.
Posted by Greg Mote at 16:55 1 comment: